Researchers from the Human Performance Laboratory at Ball State University in Muncie, IN recently assessed the physical condition of people in their 70s who have been exercising regularly for decades.

Specifically, the investigators measured heart and lung capacity, as well as muscle fitness. They have published their findings in the Journal of Applied Physiology.

“‘Exercise wins’ is the take-home message. We saw that people who exercise regularly year after year have better overall health. These 75-year-olds — men and women — have similar cardiovascular health to a 40–45-year-old.”

Leisure exercise can keep you young

Participants in the first category reported having exercised throughout their lives, and they described enjoying frequent physical activity on a leisurely basis. Each of these participants worked out, on average, 5 days per week for a combined total of about 7 hours.

At one stage, the investigators sought to determine the participants’ aerobic endurance by evaluating their VO2 max measurements. This assesses the maximum amount of oxygen that an individual can use during bouts of intense aerobic exercise. The researchers did so by asking the participants to cycle on indoor bikes.

The marker is important because, as the team explains, VO2 max tends to decline by approximately 10 percent every 10 years after a person reaches the age of 30, and this reduction corresponds to an increased risk of disease.

The researchers also performed muscle biopsies on the participants to assess the formation and distribution of small blood vessels in the muscles and to evaluate aerobic enzyme activity, which drives the metabolism of oxygen at the cellular level.

At another stage of the study, the team split the male participants into two groups: the performance group, which trained to compete, and the fitness group, which exercised for leisure.

They found that “For some of the variables, the performance group had some metrics that were superior to the fitness people, and cardiovascular capacity was one of those,” as Trappe notes.

“But things like muscle health and capillaries to support blood flow, they were equivalent between the two groups. Higher intensity didn’t necessarily take them to a higher place,” he adds.

The researchers suggest that the health measurements of the physically active participants in their 70s look like those of healthy people decades younger and that these benefits seem to apply to women and men alike.

The team notes that the older participants belong to a generation that received a lot of encouragement to take up sports.

“What was really interesting about this study is: These folks came out of the exercise-boom generation, which really started in the 1970s, when running and tennis became popular [for] the masses,” Trapp states.

The 1970s, the lead researcher explains, was also the decade in which women were permitted to join in more competitive sports, thanks to new federal laws adopted in the United States. “You did have some interesting things that happened back in that era,” he notes, referring to the adoption of Title IX of the Education Amendments Act of 1972.

This law states that “No person in the United States shall, on the basis of sex, be excluded from participation in, be denied the benefits of, or be subjected to discrimination under any education program or activity receiving federal financial assistance.”

Thanks to this type of legislative change, Trappe says, researchers have been able to recruit female participants who practice sports at competitive levels.

But he emphasizes that it is not necessary to be competitive to reap the benefits of exercise.

“If you want to put 30–45 minutes of walking in one day, the amount of health benefit you are going to get from that is going to be significant and substantial,” Trappe says.

“Will it equal the person training for competitive performances? No. But, it will outdo the couch potato. In basic terms, 30–45 minutes of any type of exercise a day is beneficial,” he stresses. 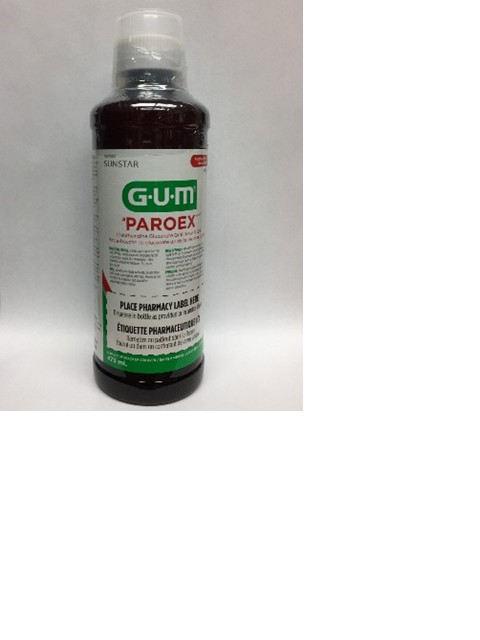 UPDATE: December 24, 2020 – Additional lots of GUM Paroex (anti-gingivitis oral rinse) being recalled because this product may be contaminated with the bacteria Burkholderia lata.